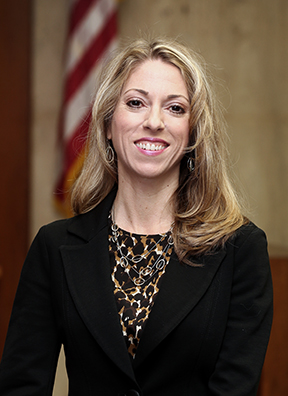 “I am incredibly proud of Deputy District Attorney Cindy De Silva and her incredible dedication to the successful prosecution of narcotics cases,” said District Attorney Tori Verber Salazar. “Cindy is an excellent representative of the Office and I cannot think of anyone more deserving of this high honor.”

The Prosecutor of the Year award was established by CNOA to identify, recognize, and to honor prosecutors throughout California who are committed to strong enforcement and prosecution of narcotics laws. DDA De Silva was nominated by the members of her TRIDENT (Tri-County Drug Enforcement Team) for her unparalleled work-ethic, knowledge of narcotics laws, and dedicated pursuit of justice.

DDA Cindy De Silva has been a prosecutor for over 20 years and has been training prosecutors and law enforcement statewide since 2008 on topics such as Search Warrants, Warrantless Search and Seizure, Marijuana, Brady obligations, and Felony Sentencing for POST, CNOA, CPOA, and CDAA. She was the Chief Managing Editor of the McGeorge Law Review before graduating law school with honors, and two of her articles were published while she was still a law student. Cindy is currently the assigned prosecutor for the San Joaquin County Metropolitan Narcotics Task Force, handling major narcotics cases, and was previously her county's Juvenile Gang and Gun prosecutor. Awarded Stockton's "Crime Stopper of the Year” award in 2009, she also received the California District Attorneys Association's statewide "Instructor of the Year" award in 2016. She is a member of CDAA's Legislative Committee, helping craft new laws while fighting proposed laws deemed dangerous for public safety.

“Deputy District Attorney Cindy De Silva has been an absolute gift to work with. Our Narcotics Task Force has worked many high level drug investigations in San Joaquin County and we always know the outcome for the criminal will be a fair and justified punishment for the crime,” said Special Agent Steve Ortmann. “DDA De Silva is always available day and night and has a positive "TEAM" attitude whenever we reach out to her. She is extremely knowledgeable in her field and always has an answer to our questions.”

“DDA De Silva is very passionate about her job and wants to impart her vast knowledge with others. DDA De Silva is an active instructor for CNOA as well as other organizations,” said Detective Jason Westgate, Rocklin PD.