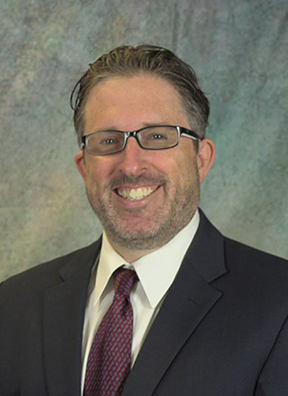 Scott Porter is a Chief Deputy District Attorney supervising the Vertical Prosecution Division. He has been with the Office since July of 2001, after graduation from McGeorge Law School in Sacramento, California. During law school, he was a law clerk with a private civil law firm in Sacramento for over three years. Since 2001, he has held various assignments within the Office, including within the Domestic Violence Unit, the Juvenile Division, the Specialized Prosecution Division, and others. Mr. Porter was appointed as the Supervising Deputy District Attorney (SDDA) over the Misdemeanor Unit in November 2016. Throughout his time as a DDA and SDDA, he has been involved with the District Attorney’s Office Youth Leadership Academy program.

Outside of the office, Scott enjoys spending time with his family, coaching his children in youth sports, and has served on the California Montessori Project Governing Board since 2014.

In his role as Chief Deputy District Attorney for the Vertical Prosecution Division, Mr. Porter will supervise and mentor the attorneys and support staff of:

He will also collaborate with local law enforcement agencies to ensure equitable charging and prosecution of cases.